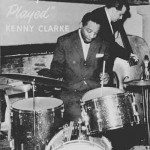 Clarke was born January 9, 1914 in Pittsburgh, Pennsylvania. While still in high school, he studied multiple instruments as well as music theory and composition. He also played in the bands of Leroy Bradley and Roy Eldridge.

Clarke was designated a NEA Jazz Master, the highest honor that the United States bestows on a jazz musician, by the National Endowment for the Arts in 1983 and posthumously inducted into the DownBeat Jazz Hall of Fame in 1988.