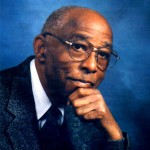 Wright served two residencies in pathology prior to practicing general medicine in Detroit, Michigan from 1946 to 1950. He completed his residency in obstetrics and gynecology in 1953 and was certified as a general surgeon and OB/GYN specialist in 1955. Wright served as a physician at Hutzel Hospital from 1955 to his retirement in 1986 and during that time delivered more than 7,000 babies. He also served as Assistant Clinical Professor of OB/GYN at Wayne State University Medical School from 1969 to 1983.

In 1960, Wright led the African Medical Education Fund to raise funds to train African medical students in America. He also served as a physician during the civil rights marches of the mid-1960s. In 1965, Wright founded an African American museum which is now named the Charles H. Wright Museum of African American History in his honor. The Charles H. Wright Academy in Detroit is also named in his honor. Wright was the author of “Robeson: Labour’s Forgotten Champion” (1975) and “Medical Association Demands Equal Opportunity” (1995).