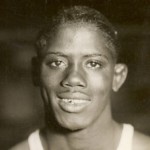 Montalvo was born January 6, 1910 in Havana, Cuba. He never lost a fight as an amateur and turned professional in 1927. His first twelve fights were in Cuba before he moved to New York City in 1928. In 1931, Montalvo became Cuba’s first world boxing champion when he won the World Jr. Lightweight championship.

Montalvo retired in 1938 with a record of 136 wins, 10 losses, and 6 draws. After retiring, he returned to Cuba where his accomplishments were not recognized by the government until the late 1970s. Montalvo was posthumously inducted into the International Boxing Hall of Fame in 1991.