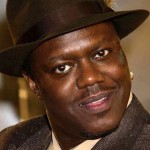 Bernie Mac was born October 5, 1957 in Chicago, Illinois. He started out as a stand-up comedian around Chicago and in 1989 won the Miller Lite Comedy Search. His first major acting role was in the 1995 film “Friday”. That was followed by other roles in films primarily directed at Black audiences. In 2001, he was able to break from the traditional “black comedy” genre with his role in “Ocean’s Eleven.”

Also in 2001, his semi-autobiographical situation comedy “The Bernie Mac Show” debuted on Fox Television. That show won the Emmy Award for Outstanding Writing and a Peabody Award for excellence in broadcasting and in 2002 and 2003 Mac was nominated for the Emmy Award for Outstanding Lead Actor in a Comedy Series. In 2004, Mac had his first starring role in the film “Mr. 3000.” Just prior to his death, Mac completed work on the film “Soul Man,” which was released in 2008.