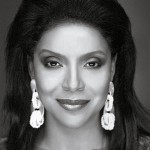 Rashad received two Emmy Award nominations for Outstanding Lead Actress in a Comedy Series for that role. She also appeared in the follow-up comedy, “Cosby,” from 1996 to 2000. In 2004, Rashad became the first African American actress to win the Tony Award for Best Performance by a Leading Actress in a Play for her role in the revival of “A Raisin in the Sun.”

In 2005, she was nominated for the same award for her performance in “Gem of the Ocean.” In 2008, Rashad appeared in the television adaptation of “A Raisin in the Sun” and received an Emmy Award nomination for Outstanding Lead Actress in a Miniseries or Movie. In 2010, she starred in the film “For Colored Girls.”