By Chimsima Zuhri on February 15, 2014 in African American History, February 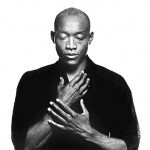 In addition to creating more than 100 works for his own company, Zane has choreographed for Alvin Ailey American Dance Theater, Boston Ballet, Lyon Opera Ballet, and Berlin Opera Ballet. He also directed “Dream on Monkey Mountain” in 1994 and co-directed “Perfect Courage” in 1990. In 1994, Jones received a John D. and Catherine T. MacArthur Foundation “Genius” Award and in 2007 he won the Tony Award for Best Choreography for “Spring Awakening.”

Jones is the co-creator, director, and choreographer for the musical “Fela!” which opened on Broadway in 2009 and won the Tony Award for Best Choreography. In 2003, Jones was awarded the Dorothy and Lillian Gish Prize which is given to “a man or woman who has made an outstanding contribution to the beauty of the world and to mankind’s enjoyment and understanding of life” and in 2007 he was inducted into the National Museum of Dance C.V. Whitney Hall of Fame.

In 2010, he was the recipient of the Kennedy Center Honors for the Arts and in 2011 he received the YoungArts Arison Award which is given annually to an individual who has had a significant influence on the development of young American artists. Jones published his autobiography, “Last Night on Earth,” in 1995.