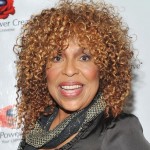 During her early teens, Flack so excelled at classical piano that Howard University awarded her a full music scholarship at the age of 15 and she graduated at the age of 19.

Flack taught school and gave private piano lessons for some years before her first album, “First Take,” was released in 1969. The single, “The First Time Ever I Saw Your Face,” became a number one hit in 1972 and won the 1973 Grammy Award for Record of the Year. Flack’s “Killing Me Softly with His Song” (1973) won that same Grammy Award in 1974, making her one of two artists to win the award in back to back years.

Flack recorded regularly with Donnie Hathaway scoring hits such as “Where Is the Love” (1971) and “The Closer I Get to You” (1978). She also recorded with Peabo Bryson, “Tonight I Celebrate My Love” (1983), and Maxi Priest, “Set the Night to Music” (1991). Flack is a member of the Artist Empowerment Coalition, which advocates for the rights of artists to control their creative properties.