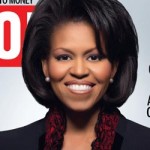 Following law school, she held positions in the Chicago city government and in 1993 became Executive Director of the Chicago office of Public Allies, a non-profit encouraging young people to work on social issues, where she set fundraising records for the organization. In 2002, Obama began working for the University of Chicago Hospitals and in 2005 was appointed Vice President for Community and External Affairs. As first lady, Obama has focused on reducing childhood obesity.