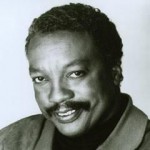 Six credits short of a bachelor’s degree, Winfield left UCLA to appear in the stage productions of “The Dutchman” and “The Toilet.” Beginning in 1968, he appeared for several years on the television series “Julia.” His first major role on film was in 1969’s “The Lost Man.”

He won the Emmy Award for Outstanding Guest Actor in a Drama Series in 1995 for an appearance in the drama “Picket Fences.” Other films in which Winfield appeared include “Huckleberry Finn” (1974) and “Star Trek II: The Wrath of Khan” (1982).