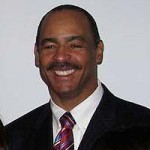 Winslow played college football at the University of Missouri and earned his Bachelor of Science degree in counseling psychology. He was selected by the San Diego Chargers in the 1979 NFL Draft and over his nine season professional career was a five-time Pro Bowl selection.

In 1980 and 1981, Winslow led the NFL in receptions, becoming the first tight end to lead the league in receptions two consecutive years. In 1981, he also set a single season record for receiving yards by a tight end. Winslow retired from professional football in 1987 and was inducted into the Pro Football Hall of Fame in 1995 and the College Football Hall of Fame in 2002.

Winslow earned a law degree from the University of San Diego and is currently the athletic director at Central State University.