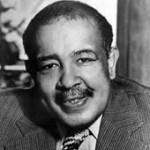 Williams was born in Annapolis, Maryland and graduated from Hampton Institute in 1942. In 1942, he graduated from the academy and served in the U. S. Navy during World War II and the Korean War.

After the war, Williams earned a Bachelor of Law degree in 1949 and a Master of Law in 1954 from New York University. He was appointed to New York’s Family Court in 1966 and he became an administrative judge of the criminal courts in 1982. In 1986, Williams joined the New York State Supreme Court’s Appellate Team, a position he held until his retireme