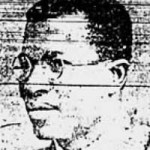 Vilakazi was born Bambatha kaMshini Vilakazi on January 6, 1906 near KwaDukuza, Natal (now South Africa). At the age of ten, he was baptized and given the name Benedict Wallet. He earned his teaching certificate in 1923 and taught at several schools.