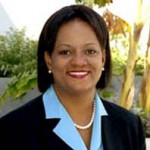 In 1995, she was elected to the board of trustees of the American Medical Association, making her both the first physician under age 40 and the first African American woman to be elected. Benjamin served as president of the Medical Association of the State of Alabama in 2002 and from 2008 to 2009 served as the chair of the board of trustees of the Federation of State Medical Boards. On October 29, 2009, Benjamin was confirmed as Surgeon General.

Benjamin has been honored with many awards, including the Nelson Mandela Award for Health and Human Rights in 1998, the papal cross Pro Ecclesia et Pontifice from Pope Benedict XVI in 2006, the John D. and Catherine T. MacArthur Foundation “Genius Award” in 2008, and the American Medical Association Foundation Leadership Award in 2009.