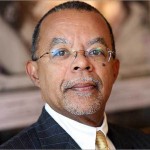 Gates taught at Yale University from 1976 to 1984 and Cornell University from 1985 to 1989. In 1991, he joined Harvard University where he is now the Alphonse Fletcher, Jr. University professor and director of the W. E. B. Du Bois Institute for African and African American Research. Gates has written a number of books, including “Figures in Black: Words, Signs, and the “Racial” Self” (1987), “Colored People: A Memoir” (1994), “The African American Century: How Black Americans Have Shaped Our Century” (2000), and “Tradition and the Black Atlantic: Critical Theory in the African Diaspora” (2010).

Gates was the host and co-producer of the documentaries “African American Lives” (2006) and “African American Lives 2” (2008). In 2010, he hosted the four-part PBS series “Faces of America”. In 2002, Gates was selected by the National Endowment for the Humanities to deliver the Jefferson Lecture, the United States government’s highest honor for achievement in the humanities.