By Chimsima Zuhri on November 17, 2010 in African American History, November 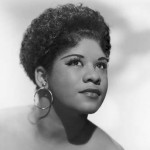 Brown’s fight for musicians’ rights and royalties in 1987 led to the founding of the Rhythm and Blues Foundation. She was inducted as a Pioneer Award recipient in 1989, its first year. In 1993, she was inducted into the Rock and Roll Hall of Fame.