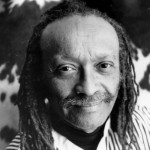 Taylor began playing piano at the age of six and studied at the New York College of Music and New England Conservatory.

Taylor was awarded a Guggenheim Fellowship in 1973, inducted into the Down Beat Jazz Hall of Fame in 1975, and awarded a MacArthur Fellowship in 1991. In 1990, he was designated a NEA Jazz Master, the highest honor the United States bestows on a jazz musician, by the National Endowment for the Arts. Taylor has recorded sparingly in the 2000s, including “Algonquin” and “Conquistador!” in 2004.