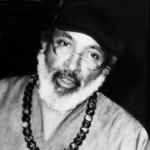 In 1942, Henderson earned his Bachelor of Science degree from the Juilliard School of Music. From 1944 to 1946, he served as staff orchestrator for the United States Navy School of Music.

Henderson died July 29, 2003 and in 2004 was posthumously designated a NEA Jazz Master, the highest honor bestowed by the United States on a jazz musician, by the National Endowment for the Arts. The Luther Henderson Scholarship Fund provides scholarships to students of color to pursue studies in orchestration, arranging and composition at The Julliard School.