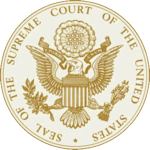 In the case of McLaurin v. Oklahoma State Regents ruled that a public institution of higher learning could not provide different treatment to a student solely because of his/her race.

In the Henderson case, the court did not rule on the “separate but equal” doctrine but found that the railroad failed to provide Henderson with the same level of service provided to a white passenger with the same class of ticket. In the McLaurin case, they ruled that the University of Oklahoma providing him with separate facilities deprived him of his Fourteenth Amendment rights of Equal Protection.