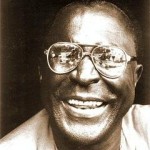 His father taught him to play the blues harp as a youth. After Terry loss his sight at the age of 16, he was forced to play music to earn a living. In 1938, he played at Carnegie Hall in the first “From Spirituals to Swing” concert and later that year he recorded for the Library of Congress. Some of his most famous works include “Old Jabo” and “Lost John.” Terry was posthumously inducted into the Blues Hall of Fame in 1987.