By Chimsima Zuhri on May 31, 2011 in African American History, May, Music 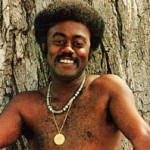 After Stax folded, Taylor recorded his biggest hit, “Disco Lady” (1976), which sold more than 2 million copies. His 1996 album “Good Love” was number one on Billboard’s Blues Chart. Taylor was awarded a Pioneer Award by the Rhythm and Blues Foundation in 1999.