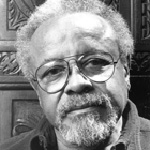 Richards earned his Bachelor of Arts degree from Wayne State University in 1944 and then became one of the first black military pilots while serving in the United States Air Force during World War II. After the war, Richards moved to New York and supported himself by acting in plays and serving as an acting coach. In 1959, Richards directed the original production of “A Raisin in the Sun.”

In 1966, he was named director of the prestigious playwrights’ conference at the O’Neill Theater and under his leadership the conference became a model for several theater and film workshops, including the Sundance Institute. In 1979, Richards was named Dean of the Yale School of Drama and the Yale Repertory Theater, a position he held until 1991. He also earned his Master of Fine Arts degree at Yale in 1980.

A number of famous plays made their debut performances at the theater under the direction of Richards, including “Master Harold’ …… And the Boys,” “Fences,” and “The Piano Lesson.” Richards received numerous awards, including the Tony Award for Best Direction of a Play in 1987, the National Medal of Arts in 1993, and the Dorothy and Lillian Gish Prize, which is “awarded to a man or woman who has made an outstanding contribution to the world and to mankind’s enjoyment and understanding of life,” in 2002.