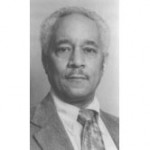 December 3, 1922 Ralph Alexander Gardner, scientist who specialized in the development of hard plastics, was born in Cleveland, Ohio.

Gardner earned his bachelor’s degree from the University of Illinois School of Chemistry in 1943 and took a research job with the Argonne National Laboratory where he worked on the Manhattan Project which resulted in the development of the atomic bomb.

Despite his work on the atomic bomb, Gardner could not find an academic position in his field when he left Argonne in 1947, therefore he worked as a waiter until 1949. In 1949, he became a research chemist and project leader at Standard Oil Company. In 1952, he earned his master’s degree and in 1959 his Ph.D., both in chemistry from Case Western University. He currently holds emeritus status at Cleveland State University.