By Chimsima Zuhri on October 25, 2010 in African American History, October 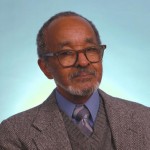 In 1958, Chappelle joined the Research Institute for Advanced Studies where he discovered that one celled plants could convert carbon dioxide to oxygen. This discovery helped to create a safe food supply for astronauts. In 1966, he joined the National Aeronautics and Space Administration where he worked until his retirement in 2001.

During that time he discovered a method for instantly detecting bacteria in water, which led to improved diagnosis of urinary tract infections and he proved that the number of bacteria in semen could be measured by the amount of light given off by that bacteria. Chappelle received 14 U. S. patents during his career.