By Chimsima Zuhri on October 21, 2010 in African American History, October 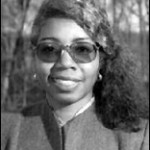 October 21, 1980 Valerie Thomas received patent number 4,229,761 for her invention of the Illusion Transmitter which allowed the user to render three dimensional illusions in real-time.

Thomas was born in May, 1943 and graduated from Morgan State University with a degree in physics. She went to work for the National Aeronautics and Space Administration where she worked until her retirement in 1995. In addition to her invention, Thomas designed programs to research Halley’s Comet and ozone holes.

During her time at NASA she received many awards including the NASA Equal Opportunity Medal.