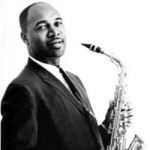 Collette was born August 6, 1921 in Los Angeles, California. He began playing the alto saxophone at the age of 12 and at 17 started playing professionally. In the early 1950s, he worked as a studio musician and performed on the “You Bet Your Life” television show. In 1956, Collette recorded “Man of Many Parts,” his debut album as a bandleader.

Other albums as leader include “Jazz for Thousand Oaks” (1993) and “In Concert: Buddy Collette Big Band” (2000). In 1996, the Library of Congress commissioned Collette to write and perform a concert to highlight his career. He published his autobiography, “Jazz Generations: A Life in American Music and Society,” in 2000.

Collette was also a civil rights activist, working to desegregate the Los Angeles musicians’ unions and organizing a concert and rally to protest government repression of Paul Robeson.