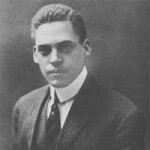 On November 11, 1911, Just served as the academic adviser to three Howard students in establishing Omega Psi Phi Fraternity, Inc. In 1912, Just was appointed head of the Department of Zoology at Howard, a position he held until his death. Just was the first recipient of the NAACP Spingarn Medal in 1915 and the next year he earned his Ph. D. in zoology from the University of Chicago.

In 1930, Just was the first American to be invited to the Kaiser Wilhelm Institute in Berlin, Germany where several Nobel Prize winners conducted research. He wrote the important textbook, “Biology of the Cell Surface,” in 1939. Just’s biography, “Black Apollo of Science: The Life of Ernest E. Just,” was published in 1983. The book received the Pfizer Award and was a finalist for the 1984 Pulitzer Prize for Biography or Autobiography.