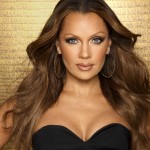 September 17, 1983 Vanessa Lynn Williams made history as the first woman of African descent to be crowned Miss America.

Williams reign was full of challenges and controversy. For the first time in pageant history, a reigning Miss America was the target of death threats and angry racist hate mail. On July 23, 1984, Williams was forced to resign as Miss America because of nude photos of her taken prior to the pageant.

The title was then passed to Suzette Charles, also African American. Although Williams resigned, she was allowed to keep the crown and scholarship money and is officially recognized by the Miss America organization as “Miss America 1984” and Charles as “Miss America 1984b.” Williams went on to a successful career as an entertainer, earning Grammy, Emmy, and Tony Award nominations.