By Chimsima Zuhri on November 15, 2010 in African American History, November 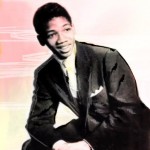 In 1966, John was convicted of manslaughter and sent to Washington State Prison where he died May 26, 1968. He was posthumously inducted into the Rock and Roll Hall of Fame in 1996.