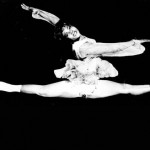 Fairbanks fell in love with figure skating in the 1930s. Despite her ability, she was not allowed to join skating clubs because of her race. She was often told, “we don’t have Negroes in ice shows.” She eventually left the United States and joined the Rhapsody on Ice Show where she wowed international audiences.

When she returned to the U.S., Fairbanks found that the situation had not changed. After retiring from skating, Fairbanks started a skating club and coached many future champions, including Scott Hamilton, Tai Babilonia, Randy Gardner, Kristi Yamaguchi, and Tiffany Chin. In 1997, Fairbanks became the first African American to be inducted into the United States Figure Skating Hall of Fame. Fairbanks died September 29, 2001.