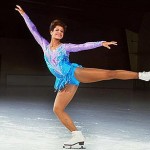 Thomas graduated from Stanford University in 1991 with a degree in engineering and from the Northwestern University Feinberg School of Medicine in 1997. Thomas was inducted into the U. S. Figure Skating Hall of Fame in 2000 and is currently practicing medicine in Terre Haute, Indiana.