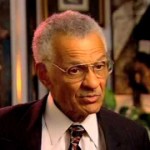 Vivian’s first professional job was recreation director for the Carver Community Center in Peoria, Illinois where he participated in his first sit-in demonstrations, successfully integrating Barton’s Cafeteria in 1947. From 1955 to 1959, Vivian studied at American Baptist College where he participated in the Nashville Student Movement. He also helped found the Nashville Christian Leadership Conference and helped organize the first sit-ins in 1960 and the first civil rights marches in 1961.

In 1966, Vivian founded and directed Vision, an educational program that provided scholarships for 702 Alabama college-bound students. In 1970, he authored “Black Power and the American Myth”. In the 1970s, Vivian moved to Atlanta and in 1977 founded the Black Action Strategies and Information Center, a consultancy on multiculturalism and race relations in the workplace and other contexts.

In 1979, he co-founded the Center for Democratic Renewal, an organization to respond to White supremacy activity. His biography, “Challenge and Change,” was published in 1993. In 2008, he founded the C. T. Vivian Leadership Institute to create a model leadership culture in Atlanta. Vivian continues to speak publicly and offer workshops.