By Chimsima Zuhri on February 2, 2011 in African American History, February 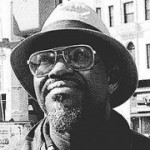 Brown was born February 23, 1937 in New York City. At a young age, he became involved in truancy, stealing, alcohol consumption, and gang wars. After turning his life around, Brown graduated from Howard University in 1965 with a degree in government and business. That same year his autobiography, “Manchild in the Promise Land,” was published. Brown was hailed as a powerful chronicler of the brutal reality of African American urban life in northern cities.

In 1976, Brown published a second book, “Children of Ham,” which explored the lives of several black teenagers from Harlem who escape the clutches of heroin. Brown spent most of his professional life as a lecturer on issues such as at-risk adolescents and criminal justice and rehabilitation.