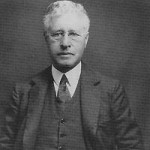 Hope was born June 2, 1868 in Augusta, Georgia. He graduated from Worcester Academy in 1890 and earned his Bachelor of Arts degree from Brown University in 1894.

In 1898, Hope became professor of classics at Atlanta Baptist College (now Morehouse College) and in 1906 he was appointed the institution’s first black president. Hope also joined W.E.B. Du Bois and William Monroe Trotter as founders of the Niagara Movement. In 1928, Morehouse and Spelman College affiliated with Atlanta University and in 1929 Hope was chosen to be president, a position he held until his death.

In 1936, Hope was posthumously awarded the NAACP Spingarn Medal. Hope was awarded honorary degrees by several colleges and universities, including Brown University, Bates College, and Howard University. Hope’s biography, “The Story of John Hope,” was published in 1948 and “A Clashing of the Soul: John Hope and the Dilemma of African American Leadership and Black Higher Education in the Early Twentieth Century” was published in 1998.