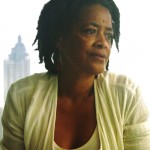 Bambara taught at Rutgers University from 1969 to 1974. Bambara edited the 1970 anthology “The Black Woman,” a collection of poetry, short stories, and essays by such writers as Nikki Giovanni, Audre Lorde, Alice Walker, and Paule Marshall. Her first collection of short stories, “Gorilla, My Love,” was published in 1972.

Bamabara’s works were strongly influenced by radical politics, feminism, and African American culture. Those works include “The Sea Birds Are Still Alive” (1977), “The Bombing of Osage Avenue” (1986), and “Those Bones Are Not My Child” (1999), which was published after her death.