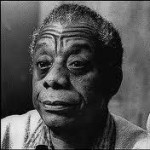 Baldwin was born August 2, 1924 in Harlem, New York. When he was 17, Baldwin began to write short stories, essays, and book reviews, many of which were later collected in “Notes of a Native Son” (1955). In 1948, disillusioned by the prejudice against African Americans and homosexuals, he left the United States for Paris, France where he would live as an expatriate for most of his later life.

Baldwin published his first novel, “Go Tell It on the Mountain,” in 1953. Other works by Baldwin include “Amen Corner” (1954), “The Fire Next Time” (1963), “Blues for Mister Charley” (1964), and “Harlem Quartet” (1987). Most of Baldwin’s works deal with racial and sexual issues in the mid-20th century United States. In 2005, the United States Postal Service issued a commemorative postage stamp in his honor. Several biographies of Baldwin have been published, including “James Baldwin: A Biography” (1994).