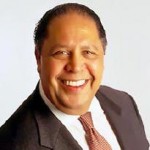 Jackson earned his Bachelor of Arts degree in political science and history from Morehouse College in 1956 at the age of 18.

Barred from serving more than two consecutive terms, Jackson left office in 1982. In 1989, he was again elected mayor, a position he held until 1994. In 2002, Jackson founded the American Voters League, a non-partisan effort to increase national voter participation. Jackson died June 23, 2003 and the Atlanta airport was renamed Hartsfield-Jackson Atlanta International Airport in his honor, shortly after his death. Maynard H. Jackson High School in Atlanta is also named in his honor.