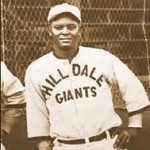 By 1937, Mackey was managing the Baltimore Elite Giants where he mentored a teenaged Roy Campanella. Later he would work with young players such as Monte Irvin, Larry Doby, and Don Newcombe. Mackey retired from baseball in the 1950s and was posthumously inducted into the Baseball Hall of Fame in 2006.