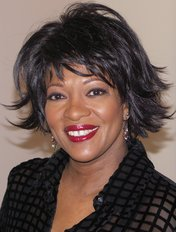 Dove is a poet whose work often examines political and racial issues. A black female of immense talent, Rita Dove has accumulated an impressive number of professional awards. From 1993 to 1995, she served as the Poet Laureate of the United States. Dove’s achievements demonstrate the possibilities for a black female within the creative arts. As further testament of her accomplishments, Rita Dove has achieved professional success in the academic realm. She taught creative writing at Arizona State University for eight years. Since 1993, Dove has held a chaired professorship in the English Department at the University of Virginia. Though her work often deals with race, Rita Dove poems make a point of highlighting the human condition. She is an example of an American poet whose work transcends racial categories.

Ray and Elvira Dove were accustomed to intellectual achievement even before the birth of Rita, their second of four children, in 1952. Ray was the first African American research chemist, enjoying a career at Goodyear Tires. Both parents encouraged Rita to read as much as possible, stimulating her intellectual growth at a young age. A frequent visitor of the local library, Rita was a voracious reader. At the age of 11, Rita held such advanced literary interests that Elvira had to write a note to the librarian approving material normally withheld from children. In 1970, this work paid off when Rita won a Presidential Scholarship for the top 100 high school graduates. She chose an in-state college, attending the academically rigorous Miami University in Oxford, Ohio. Continuing her academic excellence, Dove graduated summa cum laude in 1973. After a Fulbright Fellowship at the University of Tübingen in West Germany, she entered the Iowa Writers Workshop, arguably the best of its kind. She completed the program with a Master of Fine Arts (MFA) in 1977, the only African American in the workshop.

Rita Dove excelled as a writer from the very beginning. She published a collection of poems, The Yellow House on the Corner, only three years after graduation from Iowa. The following year, Dover began her academic career, teaching creative writing at Arizona State University. Her first major award, the Pulitzer Prize for Poetry, came in 1987 for her book Thomas and Beulah. Since then, Dove has amassed an array of honors, despite being one of the few African Americans in the mainstream poetry world. From 1993 to 1995, Dove served as the Poet Laureate of the United States, responsible for increasing the national interest in the poetic arts. In 1996, she received both the National Humanities Medal and the Heinz Award in Arts and Humanities. The Commonwealth Award came in 2006. The literary and academic career of Rita Dove demonstrates the level of intellectual attainment possible for African Americans through determined effort.

Other works written by Rita Dove