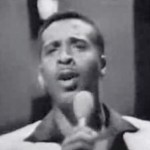 Stubbs was born Levi Stubbles on June 6, 1936 in Detroit, Michigan. In 1954, he and three friends formed a singing group called the Four Aims. Two years later they changed their name to the Four Tops and in 1963 signed with Motown Records.