By Chimsima Zuhri on October 11, 2011 in African American History, October 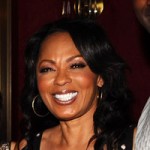 Chase earned her Bachelor of Arts degree from Mount Holyoke College in 1977 and her Doctorate of Jurisprudence degree from Harvard Law School in 1981. Chase practiced law during the 1980s before joining the legal department at Columbia Studios. She ran Denzel Washington’s Mundy Lane Entertainment from 1992 to 1995 and Whitney Houston’s Brown House Productions from 1995 to 2000 before starting her own company, Martin Chase Productions.