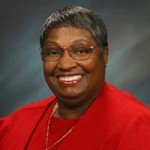 Her areas of expertise included cranio-facial abnormalities, hydrocephalus, tumors of the brain, and congenital spine abnormalities. Canady began teaching at the Wayne State University Medical School in 1985 and became professor of neurosurgery in 1997. Canady retired in 2001. She was inducted into the Michigan Women’s Hall of Fame in 1989 and was named Woman of the Year by the American Women’s Medical Association in 1993.