By Chimsima Zuhri on November 20, 2011 in African American History, November 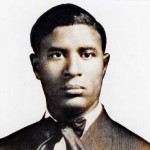 Morgan was born March 4, 1877 in Paris, Kentucky. In 1895, he moved to Cleveland, Ohio where he worked repairing sewing machines for a clothing manufacturer. In 1907, he opened his own sewing machine and shoe repair shop and in 1908 he helped to found the Cleveland Association of Colored Men.

On October 13, 1914, Morgan received patent number 1,113,675 for the safety hood and smoke protector and he became nationally known when he used it in 1916 to save several men in a tunnel explosion under Lake Erie. Morgan was awarded the Medal of Bravery by the citizens of Cleveland, but was denied the Carnegie Medal, which is awarded to civilians who risk their lives to an extraordinary degree saving or attempting to save the lives of others, due to his race.