By Chimsima Zuhri on November 14, 2010 in African American History, November 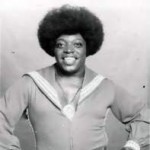 After leaving the Coasters, Gunter recorded several solo singles. In 1987, he was inducted into the Rock and Roll Hall of Fame along with the other members of the Coasters. On February 26, 1990, Gunter was shot dead in his car in Las Vegas, Nevada.