By Chimsima Zuhri on May 26, 2011 in African American History, May, Music 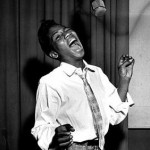 May 26, 1968 William Edward John (Little Willie John), R&B singer, died in Washington State Prison, where he was serving time for a 1966 conviction of manslaughter.

John was born November 15, 1937 in Cullendale, Arkansas but raised in Detroit, Michigan. John initially sang in his family’s gospel quintet, The United Four. As a teenager, he also sang with Count Basie and Duke Ellington.