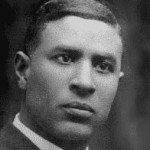 He earned his bachelor’s degree from Fisk College in 1941. He pursued graduate studies at the Illinois Institute of Technology, but had to drop out after two years because he was unable to afford tuition.

Boykin took a special interest in working with resistors and began researching and inventing on his own. On June 16, 1959, he received patent number 2,891,227 for a wire precision resistor that would be used in radios and televisions. On February 21, 1961, he received patent number 2,972,726 for an improved electrical resistor which could be made more quickly and more cheaply and could withstand extreme changes in temperature and tolerate and withstand various levels of pressure and physical trauma without impairing its effectiveness. This device is used in electrical devices, including guided missiles, computers, and a control unit for artificial heart stimulators. Boykin created other important products, including a chemical air filter and a burglarproof cash register. In total, Boykin invented 28 different electronic devices and earned eleven patents.