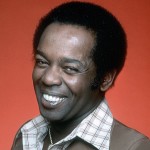 Rawls was born December 1, 1933 in Chicago, Illinois. He sang with Sam Cooke in a 1950s gospel group. He also sang background on Cooke’s recording of “Bring it on Home to Me” in 1962 and that same year released his first single “Stormy Weather.” In 1966, Rawls gained national attention with the release of the album “Soulin’” which contained his first R&B number one single “Love is a Hurtin’ Thing.”

In 1967, he won his first Grammy Award for Best R&B Vocal Performance for “Dead End Street.” He won the 1971 Grammy Award in the same category for “A Natural Man.” In 1976, Rawls recorded his most commercially successful single, “You’ll Never Find Another Love Like Mine,” which became his only certified million selling single. In 1982, Rawls received a star on the Hollywood Walk of Fame. In 1980, Rawls began the “Lou Rawls Parade of Stars Telethon” to benefit the United Negro College Fund and over 27 shows that he hosted raised more than $200 million. Over his career, Rawls released more than 70 albums and sold more than 40 million records.