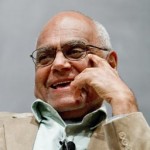 In 1964, Moses became co-director of the Council of Federated Organizations, an umbrella organization for the civil rights groups working in Mississippi, and was instrumental in the formation of the Mississippi Freedom Democratic Party. From 1969 to 1977, Moses worked as a teacher in Tanzania before returning to the United States to complete a doctorate in philosophy at Harvard University.

In 1982, he received the John D. and Catherine T. MacArthur Foundation “Genius” Award and created the Algebra Project, a project devoted to improving minority education in mathematics. In 2005, Moses was selected as one of the inaugural Alphonse Fletcher, Sr. Fellows by the Fletcher Foundation which awards grants to scholars and activists working on civil rights issues. In 2006, Moses was named a professor at Cornell University.