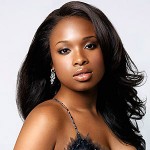 Hudson got her start in performing at the age of seven singing in the church choir. She came to prominence in 2004 as one of the finalist on the television show, “American Idol”. In 2006, she made her film debut in “Dreamgirls”.

Her performance in the movie won her an Academy Award for Best Supporting Actress, making her one of the very few performers to win an Oscar for a debut screen performance. Other films in which Hudson has appeared include “Sex and the City” (2008), “The Secret Life of Bees” (2008) and “Fragments” (2009). Hudson released her debut album, “Jennifer Hudson” in 2008 and it won the Grammy Award for Best R&B Album.