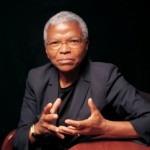 In 1970, she accepted the position of acting director of the Department of Afro-American Studies at the University of Maryland and from 1974 to 1976 she served as provost in the Division of Behavioral and Social Sciences. In 1976, she became the chancellor at the University of Colorado, becoming the first black woman to head a major research university. In 1977, President Jimmy Carter appointed Berry assistant secretary for Education, making her the first African American woman to serve as the chief educational officer in the United States.

In 1980, President Carter appointed her to the U.S. Commission on Civil Rights where she served until 2004. Throughout the 1980s she increased her involvement in social activism and in 1984 co-founded the Free South Africa Movement. She also has published several books, including “Long Memory: The Black Experience in America” (1982), “Why ERA Failed: Politics, Women’s Rights, and the Amending Process of the Constitution” (1986), and “And Justice for All: The United States Commission on Civil Rights and the Struggle for Freedom in America” (2009). Berry has received more than 30 honorary degrees and currently serves as professor of history at the University of Pennsylvania.