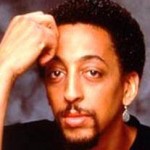 Hines started dancing at an early age and together with his brother and father eventually became known as Hines, Hines and Dad.